While this condition is not that common, and it shares symptoms with many other conditions, people often tend to ignore them which causes the condition to develop further, and that can make their life very difficult, especially without treatment.

What is psoriatic arthritis?

What makes psoriatic arthritis specific from other arthritis cases is that patients who have this also have psoriasis. That is a condition which is very specific and easy to diagnose, as it manifests itself in the form of rashes around the joints. Because of that, two out of ten people with psoriasis tend to develop psoriatic arthritis.

Professionals like arthritisCARE also use some other symptoms to diagnose psoriatic arthritis. Besides the ones affecting the joints, some symptoms are tendon related. Other than that, nails can be affected to, where they either change color, they become thicker, or in some extreme situations, they separate themselves from the skin, which is very painful.

What is the cause?

At the moment, the exact cause of this condition is still unknown, however, scientists believe they are very close to a breakthrough, as they believe that they have discovered one of the genes that is responsible for the condition, the HLA-B27 gene. There are other speculations behind the condition, which is that it depends on the person’s genetics, immune system, and infections they had during their life.

Should you be worried?

Even if the condition develops into a very severe case, it can be treated with right medication, which is very good news. It is very rare that a person develops psoriatic arthritis that is almost hopeless, however, with the correct specialist, that can be handled as well.

What is the treatment?

Since there is no cure, treatment is the only option, and it comes in the form of medication based on the symptoms that you are experiencing. When it comes to psoriatic arthritis treatment in Brisbane performed by arthritisCARE, there are two most common types of medication.

The first ones are called non-steroidal anti-inflammatory drugs, also known as NSAIDs, while the other ones are called DMARD’s, which is short for disease-modifying anti-rheumatic drugs. You will have to take treatment for a very long time, which is something that you should mentally prepare yourself for. 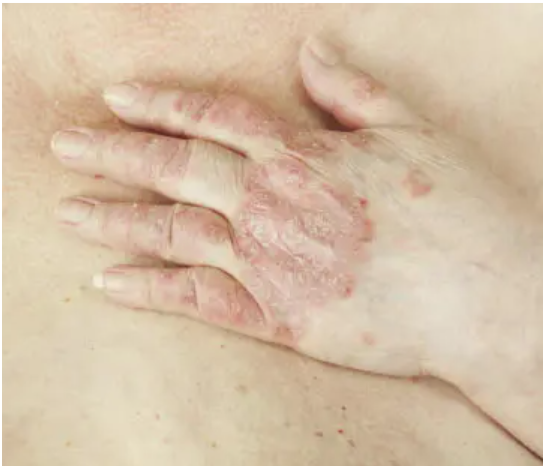 When it comes to the question what you can do about this condition, it is very important to consult with a rheumatologist if you suspect that you are suffering from psoriatic or any other type of arthritis. Once you begin with treatment, managing pain is going to be much easier, which you should support with a healthier lifestyle.