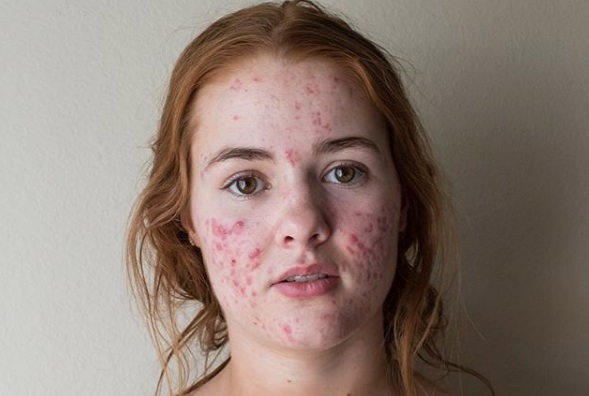 Did you think that only dark-skinned people get vitiligo? Well, you should know that this skin condition affects all races across the world. Although it is not a painful condition, there are a lot of stigmas associated due to cosmetic disfigurement. The condition tends to affect the quality of life of the person suffering from the disease and the patients often suffer from psychological distress and low self-esteem. They are at times subjected to social neglect, which in turn makes them isolate themselves from society.

Let us take a look at some of the prevailing vitiligo myths and explore the truth behind them.

This is undoubtedly the biggest myth of all. Many people with vitiligo face social banishment as others fear the disease spreads through contact. The fact is that vitiligo does not spread through contact.

Myth 2: Vitiligo is due to mixed-race parents

Vitiligo is not related to the ethnicity of the parents and most people with it have even skin pigmentation at birth. Vitiligo is a progressive medical condition that usually appears as discolored patches before the age of 20, though it can occur in older age too.

Myth 3: Vitiligo is caused by diet

While an unhealthy diet can cause many health problems, vitiligo is definitely not one of them. For instance, sour food, fish, white food, etc. are considered to be the reason for vitiligo. In fact, people belonging to different races, religions and socioeconomic groups with different dietary habits do not show any significant variation in a predisposition towards the skin condition.

Myth 4: Vitiligo can lead to leprosy

Leprosy and vitiligo are entirely two different conditions and exclusive of each other. Leprosy is caused by bacteria which lead to the development of white patches on the skin and a loss of sensation. In vitiligo, there is no loss of sensation. Vitiligo does not lead to leprosy.

In vitiligo, the skin lacks its protective pigment. This has led many to believe that it leaves sufferers at a higher risk of skin cancer. Nonetheless, there is no weight to this claim.

Myth 6: Vitiligo affects only your arms

The arms and hands are the most exposed parts of the body. Those suffering vitiligo patches on their body can cover up the rest of the marks but not their arms. This has led to this myth. Vitiligo patches can appear anywhere on the body and face.

Myth 7: Vitiligo is often impaired with other physical and mental disabilities

Generally speaking, most people with vitiligo are vibrant, normal individuals with a life-altering, but not necessarily life-threatening, skin disorder. The disease might be more common in people who have other autoimmune disorders, such as hyperthyroidism, alopecia areata, and pernicious anemia. People with vitiligo should make regular appointments with homeopaths in order to monitor for these and other potential conditions.

Myth 7: There isn’t any treatment for vitiligo

Inadequate knowledge and age-old misconceptions are the key reasons for the unnecessary anxiety associated with vitiligo skin condition. In a nutshell, improving the quality of life of vitiligo patients will require knowledge about the condition and social acceptance.

How can we be sure that vaccines will not put us at risk in terms of side effects and severe adverse reactions?

3 Things To Consider When Choosing a Dentist

Where To Get A Rapid Antigen Test For Travel?